Slower than the high speed train, but a more comfortable sleeper from Xi’an, brings the count to 11 nights on board a train. Train travel does seem a very popular way to get around China, the station was again a blur of activity and the waiting room standing room only. I somehow managed to get into the ‘soft seat’ class waiting room by asking where I should be for my train, exasperated attendants let me through after three unsuccessful attempts to understand each other, so a quieter seated area was an easier place to wait for what unusually turned out to be a half hour late train from Lhasa to Shanghai.
Another photograph was requested yesterday from an enthusiastic reflexologist/tour guide who caused some pain to my feet and legs, but they seem that much better for it. I’m still not sure what was the most surprising for him, my travel plans, being from the UK, or travelling alone, but he seemed to howl with excitement at every answer to his questions. Despite the health and education systems he was reassured that yes, there are also poor people in the UK, it is not so different he concluded.

For some moral support in what seems like a carriage full of men, and their various morning routines, I turn to Lillias who quotes Margaret Mead:

“As the traveller who has once been from home is wiser than he who has never left his own doorstep, so a knowledge of one other culture should sharpen our ability to scrutinize more steadily, to appreciate more lovingly, our own” (Cited in Lillias Campbell Davidson, 1889)

She also goes on to say:

“The traveller who insists on living and eating as if she were still in England will find that habits which are best suited to the dull and depressing climate to which she is accustomed will not allow of continuation in the clearer, lighter air abroad, and, if persisted in, will cause general disorganisation to the whole system.” (From ‘Hints to Lady Travellers’). 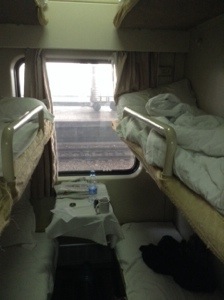 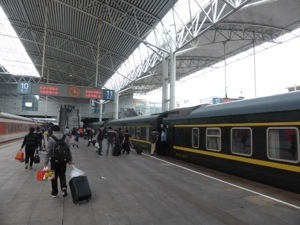 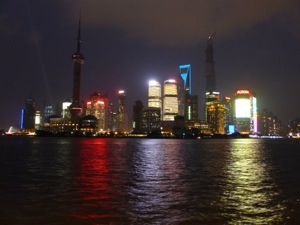 I am still walking pretty gingerly up and down stairs after the Great Wall climb, being on the top bunk at the hostel is a twice daily challenge. Despite this, I have been able to explore much more of Xi’an than I expected to, the city has proven to be a really great stop off, not only for the incredible Terracotta Warriors, but for the cute courtyards in the hostel (and it’s flower tea) and the fabulous markets in the city centre. A riot of colour, sound and smells, the markets won me over yesterday after a lack of sleep and increasing heat crept up on me. A visit to the Bell and Drum towers and navigation of the metro led to a meandering into a street filled with food stalls of every variety, fabrics and jewellery, souvenirs and puppet shows. The city streets on the outskirts were equally hypnotic, with food being prepared at alarming speed alongside people piling great loads onto unstable looking scooters and cycles, while others looked on, sitting at the roadside in their rocking chairs. 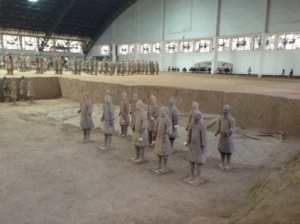 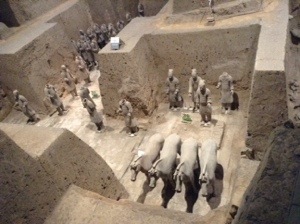 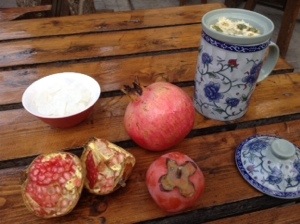