Between September and December (2015) there will be a series of events throughout Bexhill-on-Sea to share stories and memories about living in Bexhill, UK. As Louise has done in Australia and Canada she will now be ‘returning’ to Bexhill in the UK to continue conversations about places called Bexhill, collecting stories and images of the town. Anyone living in Bexhill, UK is invited to take part, and can get in touch with their stories through email/twitter/facebook or by attending one of the events being held throughout the town.

The first events will be at De La Warr Pavilion as Louise will spend a 7 day residency in the Studio from 7th September, Monday to Sunday (13th) and will be available from 12-4pm for anyone to drop in and see evolving research and talk about their own experiences, favourite places, what brought them to Bexhill, what keeps them there etc. Further events will be published as dates are confirmed. Other sites throughout the town include Bexhill Museum, Bexhill Train Station and Bexhill Library.

This project is supported by Arts Council England.

In Conversation with Annie: An artist residency at Bexhill Museum (February – May)

Every week Louise has been working with a different object from the Museum archive collection ‘revisiting’ one of the places she crossed paths with Annie Brassey. Every Thursday between February and May has been an ‘open access’ session as Louise worked in the gallery spaces, a point of discussion and chance to ask questions. A changing display of work in progress can be seen in the Museum galleries throughout the project. A final exhibition is currently underway and will be installed later this month. In Conversation with Annie is a Heritage Lottery Funded project. 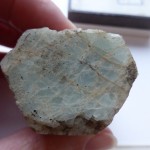 Thursdays during February, March, April & May: Every Thursday Louise will be working at Bexhill Museum and is available on a ‘drop in’ basis for visitors to discuss and ask questions and see objects from the archives. Throughout the weeks an evolving display will be on view between the Sargent and Costume Galleries of Louise’s work. You can also follow her work on the blog.

Thursday 2nd April: ‘Dreamtime‘ An exploration of the Aboriginal culture of the Bundjalung Nation (including work by Bundjalung artist Digby Moran). Children’s workshop (open to the public).

Thursday 9th April: Talk for Bexhill Museum Volunteers. Sharing photographs and stories of ‘Bexhill to Bexhill’ journey with introduction to ‘In Conversation with Annie’.

Thursday 21st May: Talk (open to the public) ‘Bexhill to Bexhill’. Sharing photographs and stories of a journey with Annie Brassey & an introduction to ‘In Conversation with Annie’. Bexhill Museum, Education Room, 3-4pm £1 members/£4 non members (to include admission to galleries).

January onwards: Bexhill Museum, Bexhill, UK – display of ‘An Introduction to Bexhill to Bexhill’. Continuing and updated over the course of the journey.

March: ‘Bexhill to Bexhill‘ arrives at Bexhill, New South Wales, Australia. Research in collaboration with the Historical Society and the good people of Bexhill.

Summer: ‘Bexhill to Bexhill’ returns to the UK and begins making future plans…

September 10th: ‘Bexhill to Bexhill‘ visits Bexhill Library – meet and chat drop in, all welcome, Tuesday, 10.30am to 12pm.