Intrigued by the discovery that there are three places in the world called Bexhill, I set out to find them. ‘Bexhill to Bexhill’ is an account of that journey (you can follow the blog here). Inspired by local travel writer, collector and philanthropist, Annie Brassey, and the possibility of travelling almost entirely by train.

Leaving the UK in September 2013, an eleven month adventure is documented in photographs and updates on my blog. Writing to Annie each time I crossed her path, letters are published in the ‘Bexhillian‘ and postcards sent to the Bexhill Museum. Having spent time at the museum as ‘Artist in Residence’ in 2015 (supported by a Heritage Lottery Award) where I worked with some of Annie’s objects, brought back from the places she and I visited. A final exhibition of work from this residency took place at Bexhill Museum in 2015 with a display of photographs at Hastings Museum and Art Gallery in 2016.

Having lost her life to malaria at the end of her ‘Last Voyage’, Annie has not replied to my letters. There have, however, been times when she could have been on the street just ahead of me. My bond with Annie has grown, through reading her journals and having her as guide and companion.

Taking the train meant that the adventure became as much about the journey as it was about reaching places called Bexhill. Arriving in each of it’s namesakes was always much anticipated and never disappointed. I have enjoyed discovering what I hoped to find, about community and humanity around the world, and much more besides. 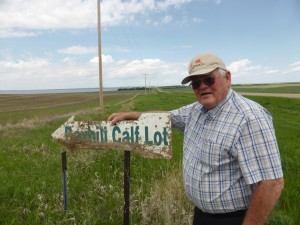