This week’s research has taken me to the National Maritime Museum, Greenwich (UK). The only remains of the Sunbeam, the vessel that sailed and steamed around the world so many times, is the figurehead. Dedicated to Constance, it is said to bear some likeness to Annie’s daughter, who died aged 4 of scarlet fever. It is thought the first round the world voyage was in part a response to this loss. 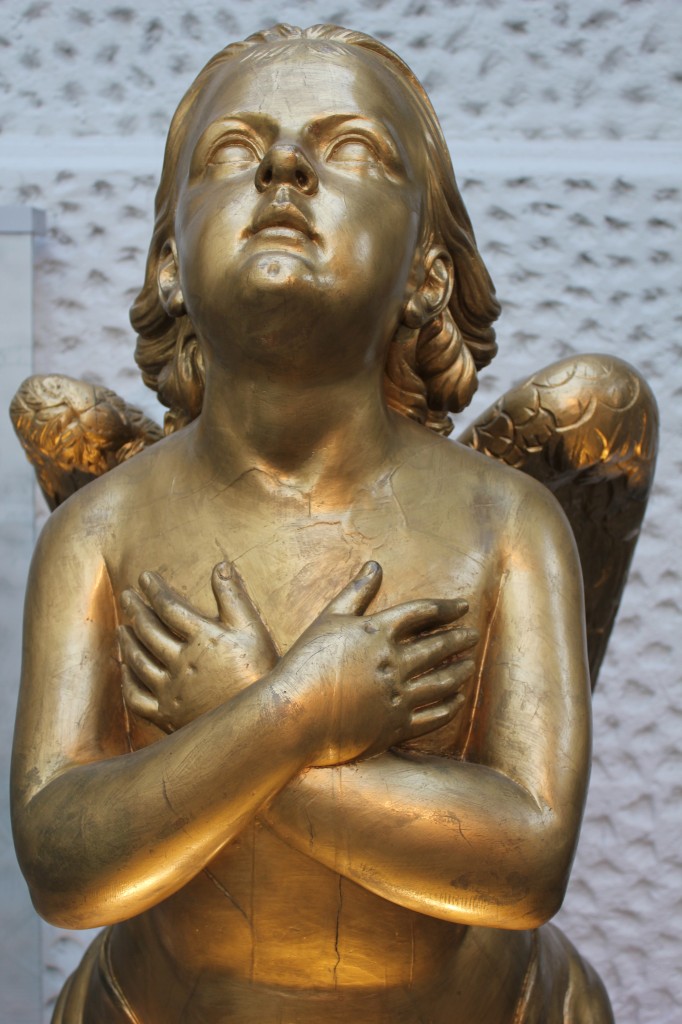 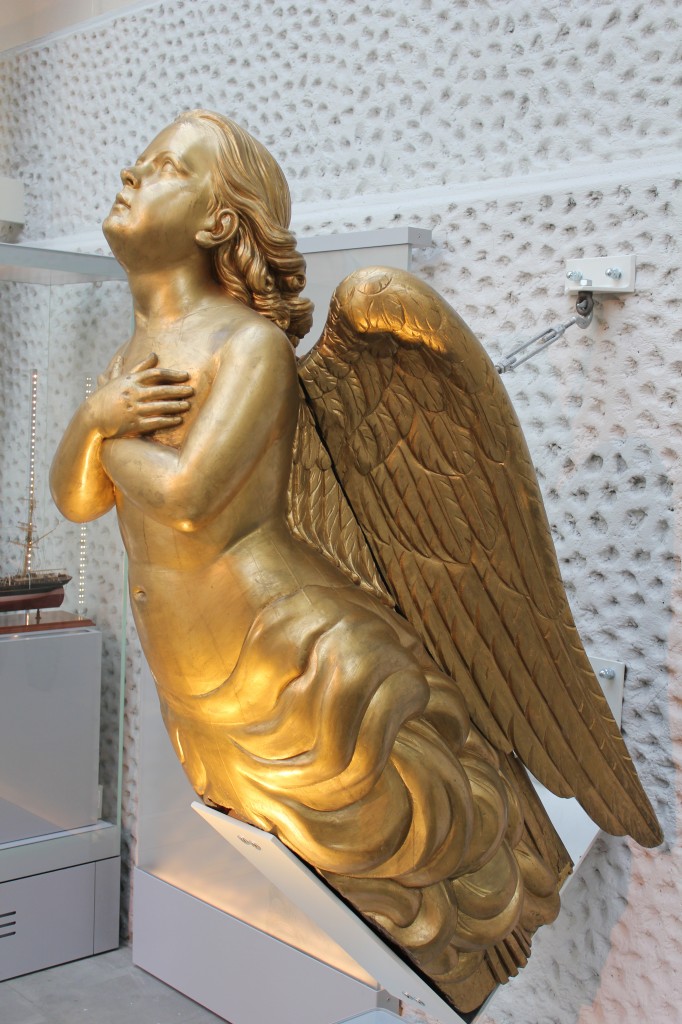 Photographs, sadly don’t do it justice. The golden glow of the sculpture quietly set it apart from everything that surrounded it. Much larger, more brightly coloured figureheads compete for attention in the museum space. The closeness to the floor, and the viewers ability to stand in front of it, almost the full size of me, made it a much more personal connection. This object of wonder, in conjunction with the knowledge of the voyages and history it represents offers one of the few tangible connections with Annie. I found this perhaps as moving as seeing her handwriting, in the journal of her Tour of Scandinavia.