Leaving behind The Last Voyage and Australia, I travel on to Canada reversing time, to connect with Annie’s Flight of the Meteor of 1872. The first place in Canada we cross paths is the furthest inland she reaches, Toronto and Niagara Falls. 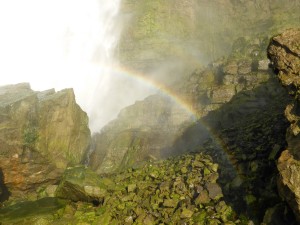 Spending a couple of months without Annie as companion, Niagara is a great place to be reunited. I read and reread her journal entries, carefully placing my feet in the echoes of her prints. Descriptions seem brighter, Annie is younger, healthier, excited (as ever) by new discoveries. The Falls are impressive, they impress Annie despite having heard a great deal about them already. 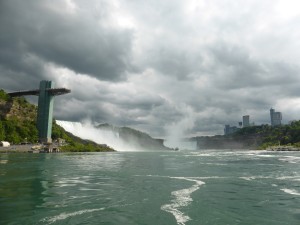 One of the Canadian objects from the archives is this, an embroidered cigar case. Opening it up an inscription was found, identifying it as a gift. 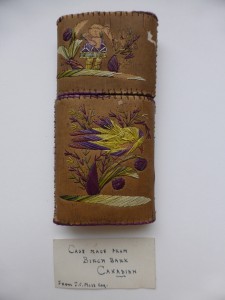 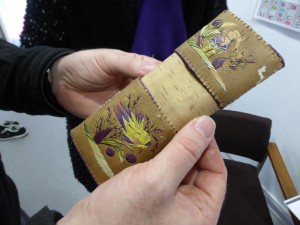