The sign says 327km to Kuala Lumpar. The landscape is greener, with a greater variety of trees and shrubs. Increasingly colourful, flowers can be seen in reds, oranges, yellows and now purples too. Leaving the island of Penang and heading for Kuala Lumpar, I have arrived in Malaysia. Another shift in culture, language and infrastructure. The roads are densely packed with cars, the roads are densely packed, and initially suggest that I could be on the A21 or the M25, housing estates along the road leave me thinking I could be in Eastbourne.

I have been travelling by bus through Malaysia, so am missing the trains. It has meant I can visit places not on the train lines though (like Melaka which is lovely). 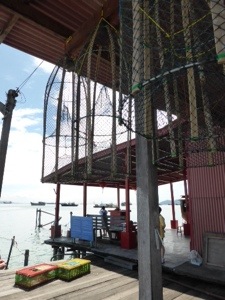 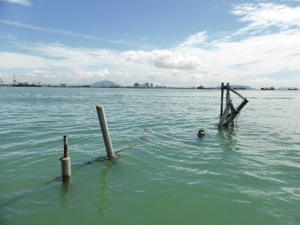 Since Annie Brassey visited in 1879, Penang has grown and been heavily developed. Staying in Georgetown, however (now a UNESCO World Heritage Site) much of what she saw is still intact. The large colonial buildings can still be seen, like city hall. Chew jetty has been preserved and Penang Hill remains, although the view rather different from Annie’s. 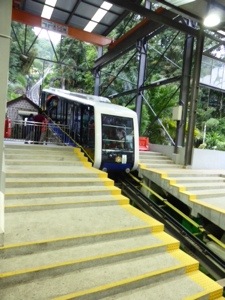 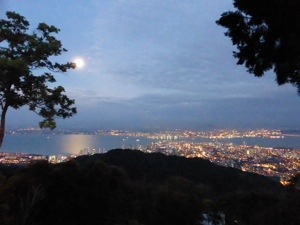 View from the top of Penang Hill (Louise Kenward, 2013)

Leaving another country takes a while to get used to. Adjusting to a new place and noticing the differences. Venturing into an increasingly ‘developed’ world I’m missing the haggling and contact with people at market stalls and hawker stands. Venturing back down Penang Hill, on the super new funicular/venicular train I arrive to a dark and quiet spot, half an hour’s drive from Georgetown. Teksi’s are all booked and awaiting customers and there are no tuk tuks in Penang.

After some time, the 204 bus arrives and I’m once again reminded of the kindness of strangers.

One thought on “There are no tuk tuks in Penang”