My journey with Annie sadly left the ‘Sunbeam’ in Australia, with Annie’s ‘Last Voyage’. However, it is not the end of my story with the Brasseys, or with Annie. I pick up again with Annie in Toronto in a couple of weeks time and join her on ‘A Cruise on the Eothen’ through to Nova Scotia before venturing into America.

The ‘Sunbeam’ alas is also in Canada, having lent it’s name to the farm built for Annie’s husband, Lord Thomas Brassey, a few years after Annie’s death. Lord Brassey was involved in various philanthropic ventures, not least in helping to colonise the prairies at the end of the nineteenth century. Settlers had arrived in Saskatchewan and an advert was placed encouraging people to join them. Brassey set up the ‘Canadian Co-operative Colonisation Company’ inviting families to Indian Head where they would have a home and a piece of land, training in farming techniques and support to make a go of it in the new country.

“An advertisement appeared in England early in 1887 encouraging potential emigrants to settle in Qu’Appelle. One of the large farms included in the advertisement was the Brassey Estate. Readers were told ‘Professor H. Tanner, Government Examiner in AGriculture in the Dept. of Science, South Kensington, London, is now engaged in establishing a settlement…Special care will be taken to secure immigrants of exceptionable character and with a practical knowledge of farm life and its requirements…'” (from Qu’Appelle: Footprints to Progress)

“The sudden decision of the authorities in 1881 to run the CPR [Canadian Pacific Railway] along the Qu’Appelle Valley directed the first movement of immigrants to the southern prairies. During 1882 this particular district was one of the great lodestones of that movement. Literally all trails led to the Qu’Appelle” (p27 Echoes of the Qu’Appelle Lakes District, T. Petty)

This should have been a successful venture. Unfortunately with harsh climate and poor management the farm did not succeed. The colonisation did, however, and remains a community today, albeit different from the one envisaged by Lord Brassey 127 years ago. 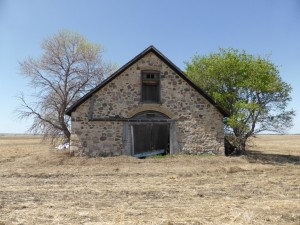