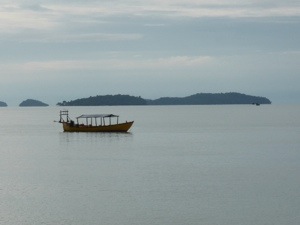 One of the things I was most surprised by in Cambodia was the beautiful beaches. The calm of the sea and tranquility of the coastline does much to soothe and distract from the recent history and current political situation. A day spent island hopping was truly escapist, if not a bit wetter than anticipated (the first day of rain on my trip to date). Snorkelling the coral reefs and watching the fish in the warm salty waters was mesmerising. The scenery on the island and the view from the boat was tranquil and peaceful. A fabulous contrast and optimistic view of the country after the previous days sights. 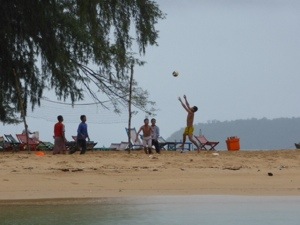 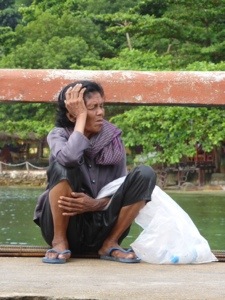 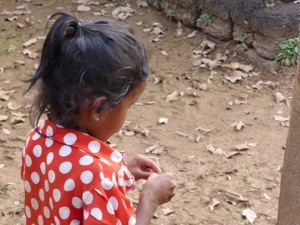 The country does however, continue to experience considerable poverty. At every stop along the road and every tourist site we were regularly quickly surrounded by children practising their sales pitch, offering crafts and foods, acting much older than their years, and absolutely charming. Advice not to support this, to ignore them, in the hope that they will instead choose to go to school, is hard. All the more so to hear first hand how our guide was one of those children. Although education is free, money is needed for books, uniform and shoes (I am reminded of Victorian England, and again of Annie Brassey, who gave shoes to local children so that they could attend school). For our guide she also needed $12 US to buy a chair to sit on. After the Khmer Rouge decimated the country few such resources were left. This was too much for her family to afford and it was not until she was 8 years old that there were sufficient chairs in the school for her to be able to attend. She was a keen student, but school only ran for mornings or afternoons (the split in the day meant there would be two school days and teachers and chairs could be shared across twice as many children). The rest of her time she would earn money to be able to keep herself in school. It is impossible to determine which children attend school and which are the ones to see the power in earning money ahead of the longer term benefits of an education. For our guide, she has thrived on the skills learned selling fruit at Siem Reap. Charming and utterly adorable, her warmth and openness is disarming, and her ability to manage difficulties and challenges I don’t doubt have foundations in these early years. 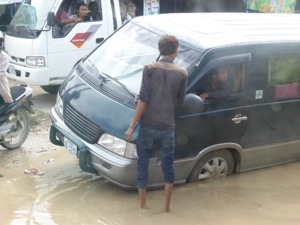 Throughout this section of the trip, the road has been a constant. Travelling overland from Vietnam to Siem Reap, the roads are one of the most memorable themes of Cambodia, all life is lived at the roadside. Street food stalls and market traders sit alongside tuk tuk’s vying for business, competing for space with chickens, dogs, cats and children playing, while women prepare food with speed and skill.

On the roads it is a battle of wits and mopeds. I have seen many things and people being carried on a single moped, they rule the roads. One of the most valuable pieces of advice I have read is instruction on how to cross the road…you just start walking, don’t make any sudden movements, don’t run or slow down, the mopeds will dodge you. They did. 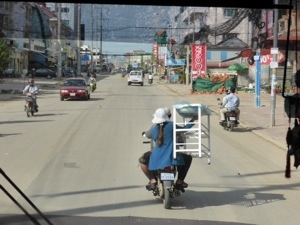 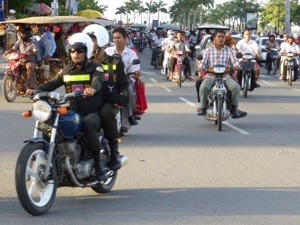 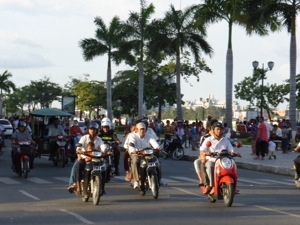 A post about Cambodia is not complete, however, without mentioning Angkor, the city of temples at Siem Reap. The number of temples, their construction, scale and attention to detail is phenomenal. What is also impressive is the protection UNESCO give to the city. The limitations on development serve to protect the atmosphere and wonder of Siem Reap for many years to come. 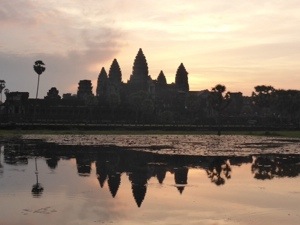